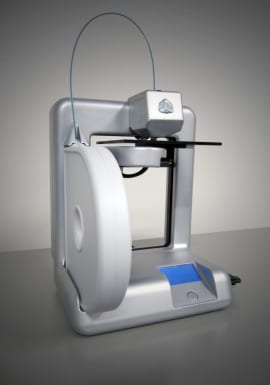 3D Printing can be found in news more often nowadays than ever. The technology seems to have made its significance felt most industries and sectors. It is populating rapidly with further advancements in technology. However, a little deeper understanding of the technology might reveal to people that it is not what they have imagined to be. People seem to think they can download products, scan them or develop them with the help of CAD application and simply use a 3D printer to produce the object. However, the reality is anything but this. Printing out objects in 3D is yet a distant reality. There are several aspects to be corrected, enhanced, added or removed to make the handy enough to allow people 3D print things at home.

The popularity of 3D printing is the result of successful hype as well as lack of reports on facts about the technology. People have developed the expectation that objects can be printed with all the minute details. However, the reality by far is that the objects printed with the help of 3D printer lack details and are not finished to the expectation. A complete object is produced in parts to ensure some fine definition on each part. The parts are then assembled to produce a relatively accurate object.

The mechanism of 3D printing is amazing. A 3D printer uses plaster powder to produce objects layer after the layer and adds colour to it by infusing inkjet ink to each layer. Interestingly, people who have not seen the production of the object believe that it is made of plastic, metal, rubber or other regular material. While objects do look so real, they are not useful for regular functions.

There are exhibitions of items that are complex and serve the expected purpose and are claimed to have been produced by 3D printing. That is deception. The machines that are used to produce those items are extremely expensive and not of the same class as home 3D printer. Moreover, they may also be processed to give them the finish after the print.

In short, objects can be produced at very low cost with the help of 3D printing technique but the product requires going through other processes to be finally ready as a real product. However, the last statement is sadly not the part of most reports on 3D printers. Undoubtedly, the technology is amazing but it needs to be further streamlined for mass use.